Bringing Data Lakes to Everyone in the Enterprise

Bringing Data Lakes to Everyone in the Enterprise 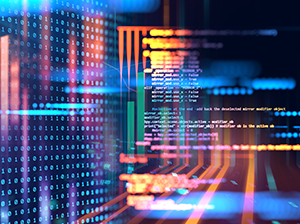 Should Data Lakes be accessible to the typical less technical savvy business user? Most executives would say yes. After all, companies have and are continuing to implement Data Lakes to meet business needs, specifically to stay afloat with a fast-moving marketplace and with ever changing data patterns.  In a recent DATAVERSITY® interview and DMRadio webinar titled Are Data Lakes for Business Users?, Steve Wooledge the Vice President of Marketing at Arcadia Data discussed Data Lakes and why they are important for the entire organization, not just the IT department.

Data Lakes have proven and continue to prove their benefits to organizations, providing one place where vast amount of data of various types and structures can be ingested, stored, assessed, and analyzed. “As an on-demand sandbox, Data Lakes contain hidden opportunities and nuggets of insights, guiding an organization to greater profit and growth,” said Wooledge.

However, typically, only very skilled Data Analysts and Data Scientists have been able to make sense of the raw data, the stuff making up a Data Lakes. While these specialized folks experiment and explore the Data Lake, the average business users may feel left ashore, commented Wooledge. At best, they rely on the Data Scientist or Data Analyst to dive into the Data Lake to uncover information pertaining to business queries.  But, asked Wooledge doesn’t this dependence on a Data Scientist or Data Analyst defeat the purpose of having real-time access to data, so that a business user can theorize and respond? After all, the market place may change in a matter of minutes, requiring near immediate action. Likely, the non-technical employee is on the front lines with the skills to handle the actual problem.

So, how can managers, executives and front-line workers get value from the Data Lake too? A Self-Service Business Intelligence (BI) tool, connecting all workers from and to the Data Lake to do Analytics would be ideal. Architectures using Apache Hadoop, a typical Data Lake standard, have scaled up Big Data, allow many people to have access to many different types of data, quickly said Wooledge. But, these types of solutions do not always solve the requirement for Self-Service BI, as moderate skill needs to put the pieces of data together to be useful.

Perhaps constructing a few  different kinds of specialized processing interiors, within the Data Lake, connected to an interface suiting different types of business needs, sounds attractive.  However, this approach can be unwieldy and be unable to handle many users and slow down queries.  A better construction scales out the analysis, the same way as the Data Lake has scaled out data. Then provide an application where the typical user can run the data first and do discovery with it, a schema-on-read on demand. This architectural problem is central to Arcadia Data, a company driven to connect business users to Big Data from a self-service Business Intelligence and analytics perspective.

An Accelerated Native BI Analytics Platform Within the Data Lake

Arcadia Data exists to produce a scaled-out, distributed BI Analytics platform in the Data Lake. Wooledge, who responsible for overall go-to-market strategy and marketing for Arcadia Data, emphasized that Arcadia Data construction puts the Data Lake in the hands of the business user.

Wooledge is a15-year veteran of Enterprise Software in both large public companies and early-stage start-ups and has a passion for bringing innovative technology to market. As an engineer, Wooledge understands the technology needed to bring a wide range of data, unstructured, and dynamic to a multitude of concurrent regular users needing quick analysis.

In the webinar, he discussed an ongoing assessment conducted by Eckerson Group and Bloor Group, to find the Data Lake’s value to the regular user, the business person and how Arcadia Data’s native BI tool, construction, in the Data Lake meets typical enterprises BI needs.

Wooledge explained how Arcadia Data’s native Data Lake application provides the acceleration that makes it of unique value. He says that there are three to four aspects that set Arcadia Data apart:

In addition, Arcadia Data has built real-time activity to Apache Kafka, called KSQL. Wooledge uses the example of cybersecurity to illustrate its power. Say a Security Analyst wants to see a denial of service attack or another breach in real-time. They will also want to “drill down [in the] details,” (e.g. the history across all the network traffic, endpoints, and users). From this analysis, declared Wooledge, it can be determined “if there’s other people involved, potentially or bad actors, or different clusters of nodes or systems that act as an entry point for some of these attacks.” The combination of viewing information in real time and drilling down, through Apache Kafka and Confluence, gives additional power to Arcadia Data’s BI Analytics solution.

With enterprises choosing a new BI standard for their Data Lake environments, Augmented Analytics and Machine Learning can do so much. Fundamentally, he stated:

The associated podcast to this entire topic, that ties with the Steve Wooledge’s webinar is also on DMRadio. It was titled Data Warehousing and Data Lakes: The Big Picture and included guests Steve Wooledge of Arcadia Data, Wayne Eckerson of Eckerson Group, Lakshmi Randall of Denodo, and Alexandra Gutow of Cloudera.